Enter the continuing story of double agent Paul Stepola as he works to protect his fellow believers from the government that is trying to eliminate them. The underground church is in mortal peril following the apocalyptic events in Los Angeles, which have only cast further suspicion upon Christians. Meanwhile, Paul struggles with how to tell his family about his newfound faith without raising the suspicions of his ruthless father-in-law. A gripping futuristic thriller that will keep you glued to the page. 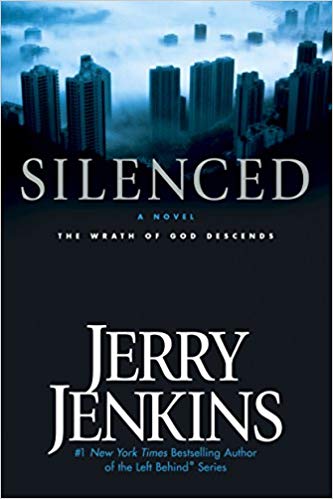 A husband’s lies can have deadly consequences.

When Juliet Cole’s husband of fifteen years is murdered before her eyes, she thinks it was a random shooting. Devastated and traumatized, she answers hours of questioning, then returns home to break the tragic news to her sons. But a threatening voicemail escalates this from a random shooting to a planned, deliberate attack.

Juliet realizes that she and her children are in danger too―unless she meets the killers’ demands. But as she and her sisters untangle the clues, her husband’s dark secrets come to light. The more she learns, the more her life is dismantled. Was her husband an innocent victim or a hardened criminal? 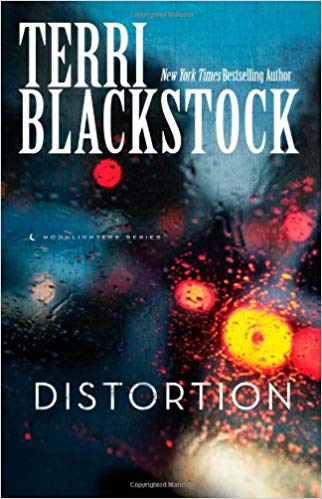 The Return picks up six years after the events of book 2 in the series, with John Wells leading another Mars mission. In the opening chapters, John discovers two things: first, there has been another manned Mars mission on the planet simultaneously with John’s, launched by Rex Edwards’s Delta-V Corporation as an advance colony. And second, he discovers the wreckage of a couple of the “alien spiders” from the first books in the series.
Meanwhile, people very close to John are living in captivity in Raines’s complex in Slovenia. On Mars, the astronauts’ Earth Return Vehicle, in orbit, is apparently hit by meteorites and ruined. They begin to move their entire base, on wheels, to the site of the colony. Kerry and the FBI monitor, through secret surveillance, Raines’s compound in Slovenia
In preparation for impregnating the hundreds of teenage clone girls who first showed up in book 2, Raines moves them all to China; Monique escapes and stays behind, then plots with the FBI on how to apprehend and stop Raines. On Mars, John figures out who was behind everything. 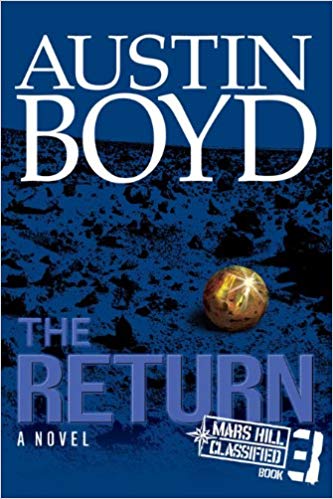 First a dead stranger. Now a missing Police Chief. Did Chief Cade run off to elope . . . or has he met with foul play? The body in the morgue had no ID. No one knew who he was or where he came from when he walked out in front of Cade’s car. And when Cade learns he had a gunshot wound before he was struck, finding his identity becomes even more urgent. Then Cade vanishes. Authorities discover the victim’s name, and the woman Cade was last seen with turns out to have been the dead man’s wife. Speculation abounds about Cade’s relationship to the woman and his part in the victim’s death. His disappearance makes him look even more suspicious. But Blair Owens doesn’t believe the rumors. Something has happened to Cade, and she’s determined to find him. Saving Cade’s life will take faith in a God whom Blair has always doubted—but he may be her only hope. 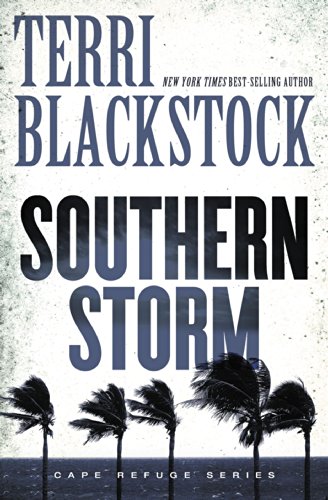 The Proof opens with a suspenseful encounter between the grandson of Dr. Robert Kanewski, while watching the launch of the Space Shuttle Endeavor, and the alien spiders first seen on Mars in The Evidence. It’s an encounter that costs Dr. Kanewski his life, just as Endeavor blasts off and the journey to Mars continues for John Wells and crew. Later, on Rex Edwards’ commercial Mars rocket, Epsilon, the crew heads to Mars to learn more about the strange alien sightings there. With a successful launch to Mars, the three-person crew has an 18-month trip ahead of them. Can they endure the stress and loneliness of 18 months without loved ones? While they are gone, Earth will once again be tested by alien visitors and questionable religious ideas. Are the spiders truly aliens?
Back on earth, there are more problems than Amy’s illness and separation from her husband. Cult-like leader, Father Raines frequently shares prophetic messages from the “Father Race.” He predicts visitations that come true and the frightened world watches and waits to see what will happen. Suspecting that the “Father Race” is a hoax, FBI Special Agent Terrance Kerry continues his quest for answers. He travels around the globe, seeking Elias Ulrich, the terrorist he believes is behind the sightings of the aliens. Frequently, he turns to John Wells for insight and together they seek the truth. Ulrich continues his escape from Navy pursuers and the FBI, headed toward a mysterious and historic rendezvous off the coast of Mont Saint Michel in France. Is there an unknowable god and is Malcolm Raines his prophet? Why does Malcolm Raines, the prophet, get every prediction about the aliens perfectly correct? Who are the mother seed?
Amidst a backdrop of international intrigue and the unexplained loss of communication with the returning Mars crew, Amy Wells perseveres against the challenges of separation, and months of worry for her space-marooned husband. Acting on his own, John Wells discovers upon his return that his reunion with family would be short-lived. After the murder of his wife and children, he tracks down the man who he thinks has killed his family. In a cliffhanger ending, the reader finds that everything is not what it first appears.
Author: Austin Boyd 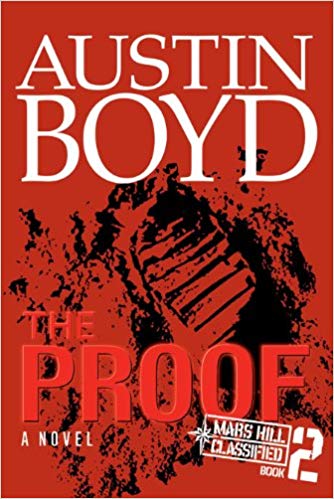 When the kindest couple in Cape Refuge is found murdered at their church, their daughter will have to find the killer . . . before her own husband is convicted.

Wade and Thelma Owens run a halfway house on the small island of Cape Refuge that caters to wayward souls just out of prison. So when Wade and Thelma turn up brutally murdered, the town goes into shock, concerned that one of the Hanover House residents is a murderer who could strike again.

Shattered by her parents’ deaths, Morgan Cleary struggles to keep Hanover House running while her husband, Jonathan, has been arrested for the murder.

As the killer runs free, a lethal race against time ensues, with far more than the halfway house at stake. 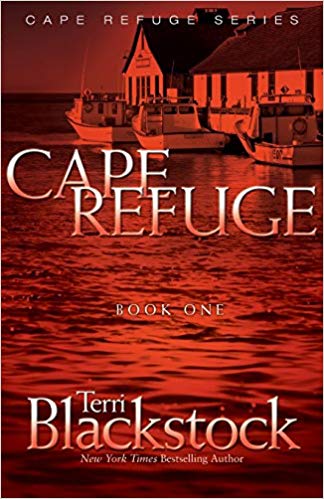 What will it cost to keep a promise? Of the four people at the Newpointe post office when the bomb went off, three were killed instantly. The fourth, a five-year-old boy, lies comatose in the hospital and might not survive. Who would do such a thing? The answer comes in the form of a gunman crashing through the door of the hotel room where Jill Clark is staying. With a rifle barrel pointed at her temple, the young attorney suddenly finds herself the hostage of a desperate man whose actions hardly fit his claim that he’s innocent of the bombing. Only later, when the suspect is behind bars, does Jill wonder whether he’s as guilty as he appears. Prompted by a terrifying attempt on her life, Jill and old flame Dan Nichols dig deeper into the case. But standing in their way lies an obstacle Jill hasn’t counted on: the power of a covenant. It could change her life. Or, with the clock ticking, it could seal her death. Word of Honor is book three in the Newpointe 911 series by award-winning novelist Terri Blackstock. Newpointe 911 offers taut, superbly crafted novels of faith, fear, and close-knit small-town relationships, seasoned with romance and tempered by insights into the nature of relationships, redemption, and the human heart. Look also for Private Justice, Line of Duty, Shadow of Doubt, and Trial by Fire. 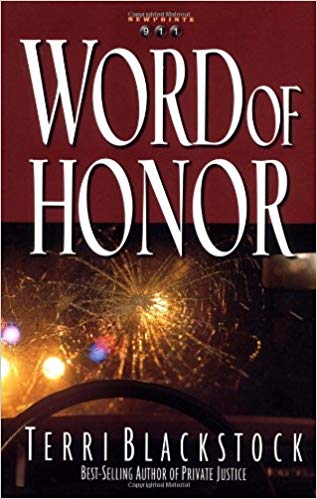 Thousands of years of human history stained by strife, death, and sin come to an end when the King of Glory returns to earth. The satisfying conclusion of the seven years of Tribulation covered by the Left Behind series portrays the return of Jesus Christ to earth in both glory and judgment.

At the height of the battle between the forces of evil gathered at Armageddon and the remaining Christian believers at Petra and Jerusalem, nothing seems to be able to stop the Antichrist, Nicolae Carpathia. But God has another plan. 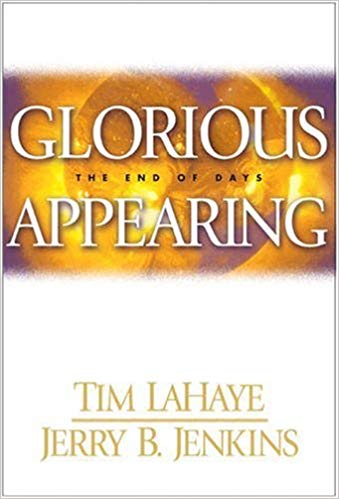 Nicolae Carpathia, now the total embodiment of evil, desecrates the temple in Jerusalem by entering and declaring himself a god. The explosive ninth book in the Left Behind series will carry the world to the brink of Armageddon. 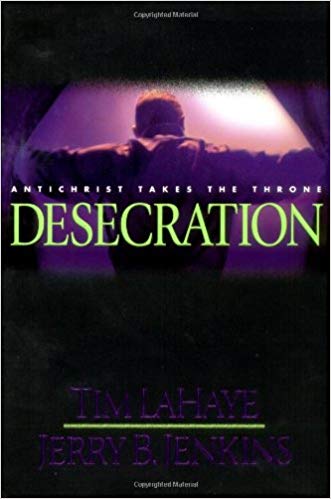 The international fiction series phenomenon continues. Jerry B. Jenkins and Tim LaHaye pick up the exciting end-times saga where The Indwelling left off. The evil world leader Nicolae Carpathia officially takes his place as the Antichrist and begins his three-and-a-half year reign of terror over the earth. Technology provides the means to place the mark of the beast on every human, and the Trib Force scrambles to survive. 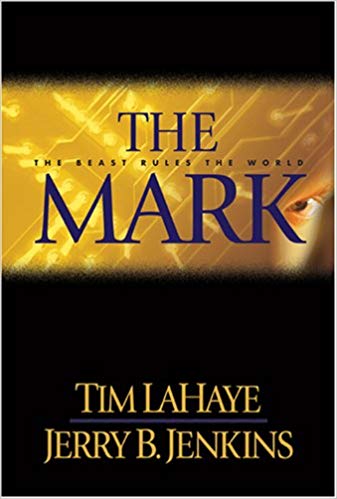