Two hotshot solo climbers forge an uneasy friendship in order to reach their ultimate summit. A daring rescue just earned flamboyant Derrick Williams (Jason George, Sunset Beach) the climb of a lifetime, but his dream comes with an unwanted partner. “Safety man” Michael Harris (Ned Vaughn, The Beach Boys) doesn’t hot dog, doesn’t blaze trails and rarely takes life to the edge. Training takes a back seat to their fire-and-ice relationship. But no amount of training can prepare this turbulent team for the harsh reality of the Chilean Andes. The Climb escalates into a test of wills, character, and sacrifice that pushes both men beyond limits. 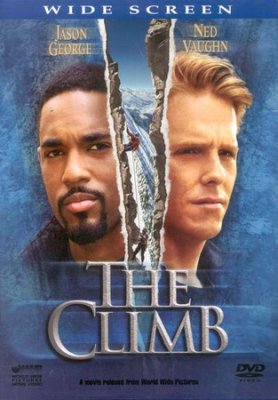